Blue Creek hit the jackpot with colts in 2016. All negative 5 panel, all 100% FPD.  First choice $5,000. Now yearlings, Dazaifu, Shinaku, and Tsumago are for sale. We are currently reserving Yamahawk for future breeding. It will be nice when I figure out the changes to the website so I can add new pictures. Please email BCA; we can supply them directly. We can make discounts and deals with other breeders of Foundation Appaloosas. 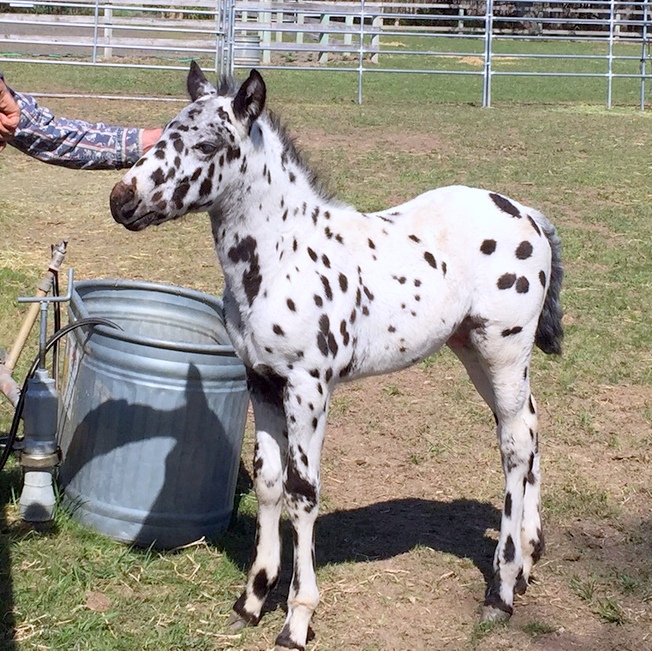 BCA Kagos Dazaifu out of DREA Patchyrainwater by BCA Tofoz Kagoshima. Dazaifu was born on March 5, 2016. He is a great colt, blended from our best lines. 100% FPD GAP5. BCA Kagos Dazaifu is a first class colt with a great pedigree. His sire was the leopard BCA Tofoz Kagoshima and his paternal grandsire was the leopard BCAP Tobys Fossil, going back to the great Wyoming horses of the Ulrich and WAR lines. His Dam is DREA Patchyrainwater. Can you find better combinations for a herd stallion? 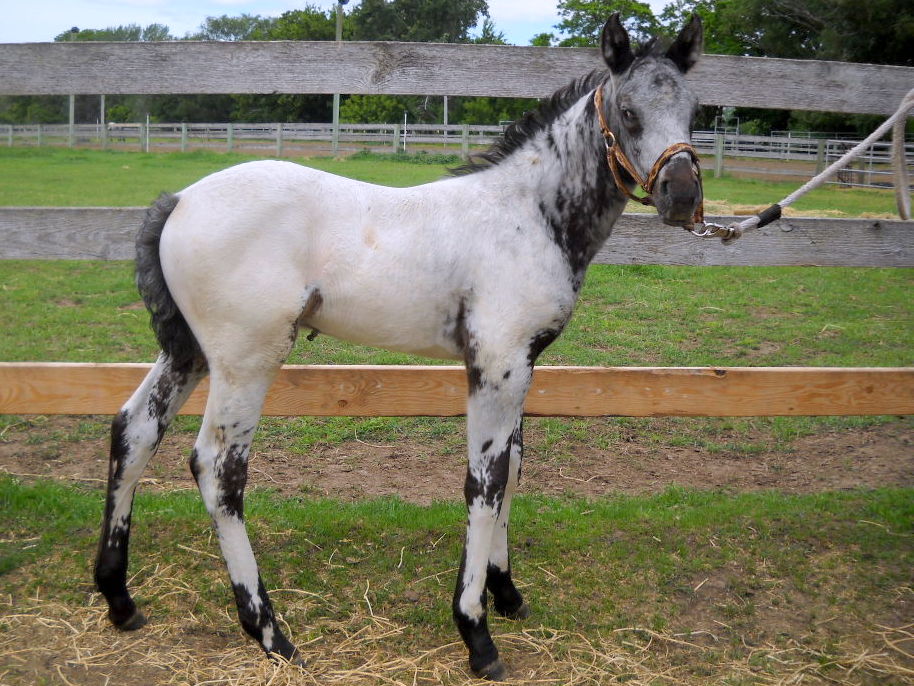 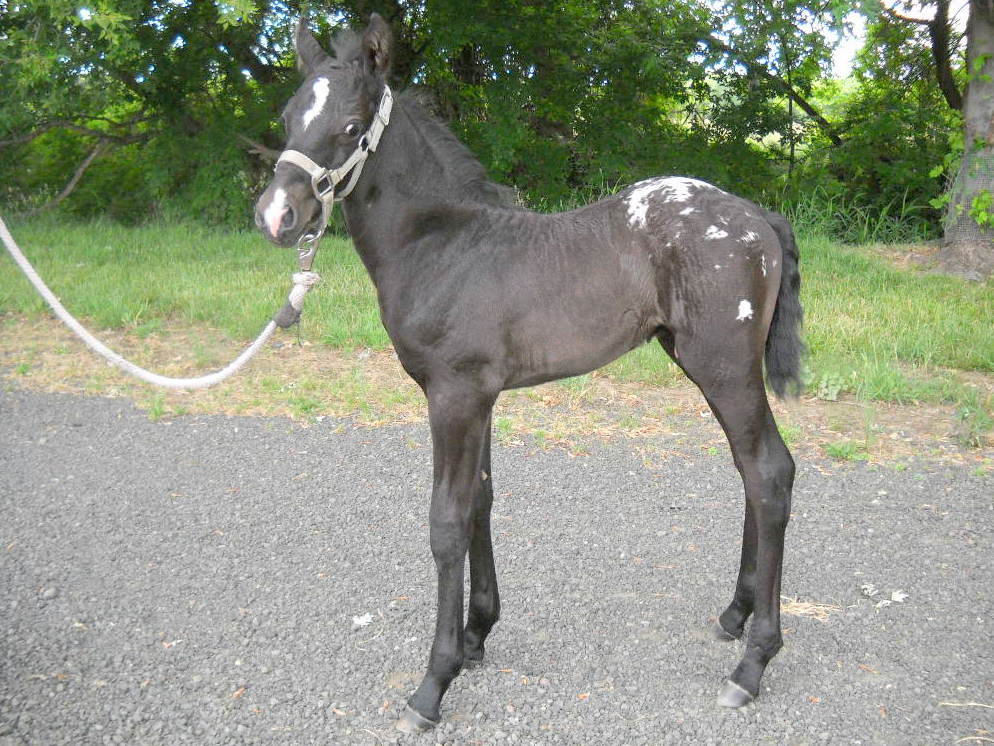 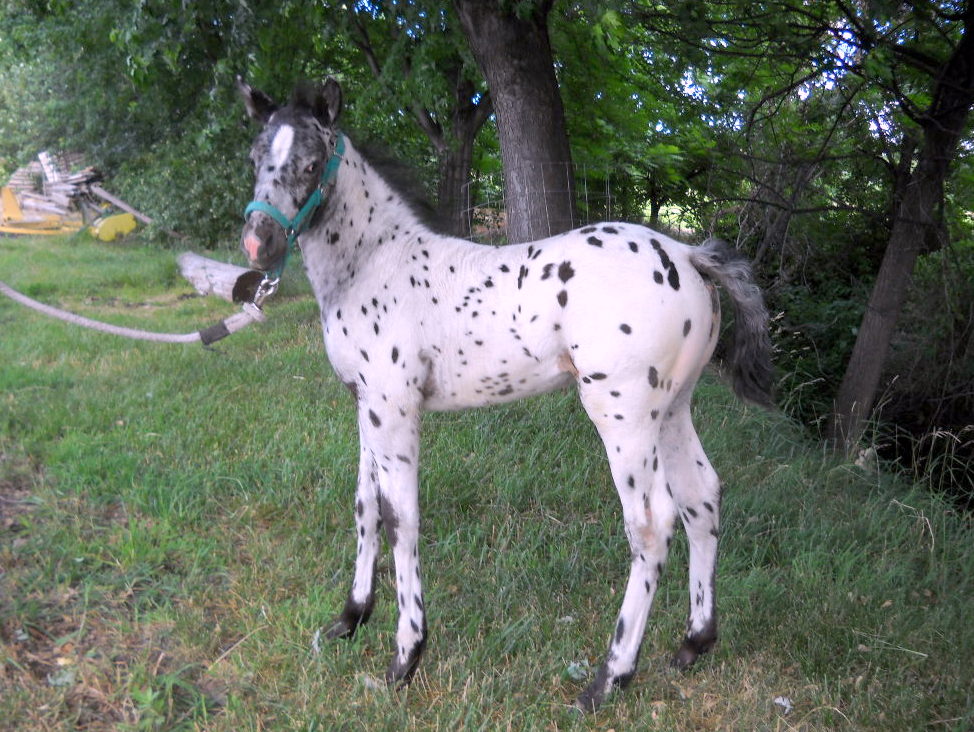 BCA Chats Tsumago out of SHA Patchobys Design by BCA Tofoz Chatanga. Born May 16, 2016. Another fine leopard example of the type we are setting. 100% FPD GAP5, out of the leopard mare Sha Patchobys Design, who went 500 miles in 2014 including the Chief Joseph Trail Ride.

Here is the sire of three of the above colts, BCA Tofoz Chatanga, right after he was born in March of 2013. All our mature horses are also registered with ICAA, the International Colored Appaloosa Association. 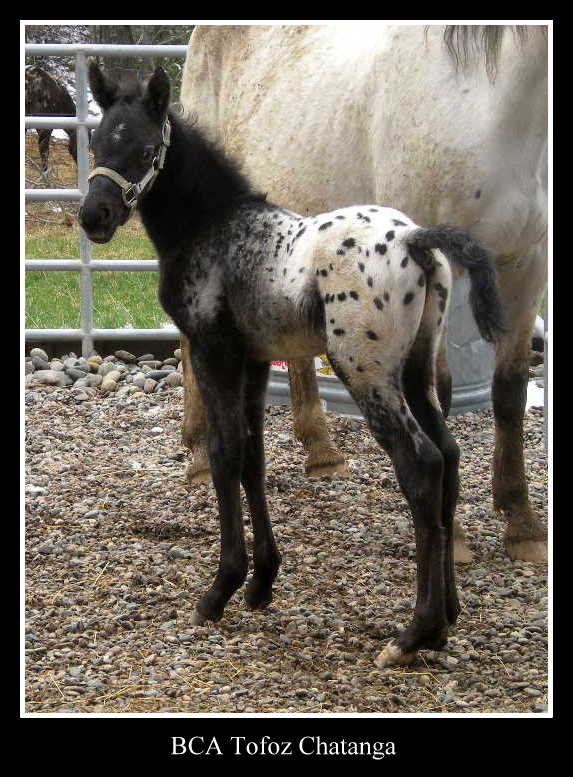