Poplars Zamocha is a 2013 all black GAP6 Appaloosa stallion. His pedigree is so extensive it fills a 3-ring binder. He is lp/lp. For those unfamiliar with appaloosa genetics, the mutation that causes spots is incompletely dominant. A simple example would be a cross between two spotted appaloosas, whose genotypes would be written LP/lp and LP/lp. Lower case lp indicates recessive genes. The resulting offspring would have a 50-50 chance of being spotted like its parents, LP/lp. It would also have a 25% chance to be LP/LP with two dominant copies which suppresses the spots. In one instance out of four, the foal would be lp/lp, non-characteristic and solid in color yet still Appaloosa. Such a horse is Poplars Zamocha, a genetic treasure and when bred to mares LP/LP, the results should be spots all the time. 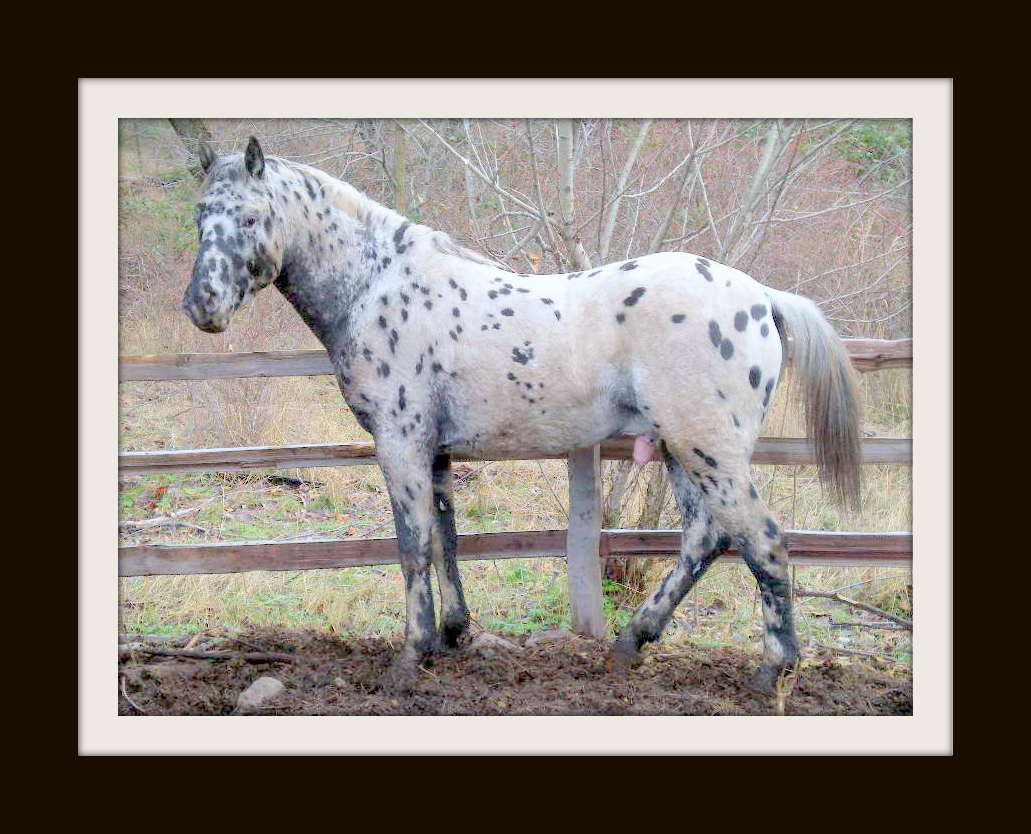 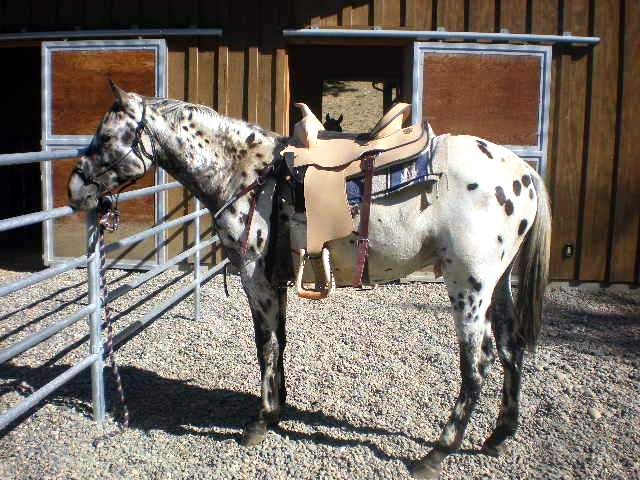 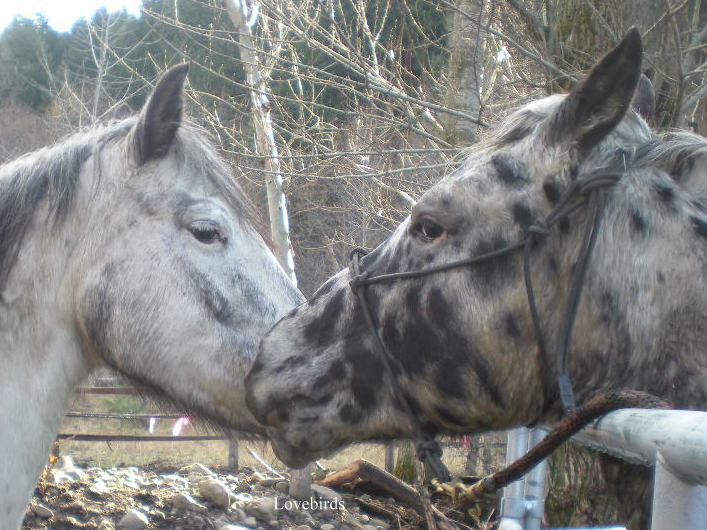 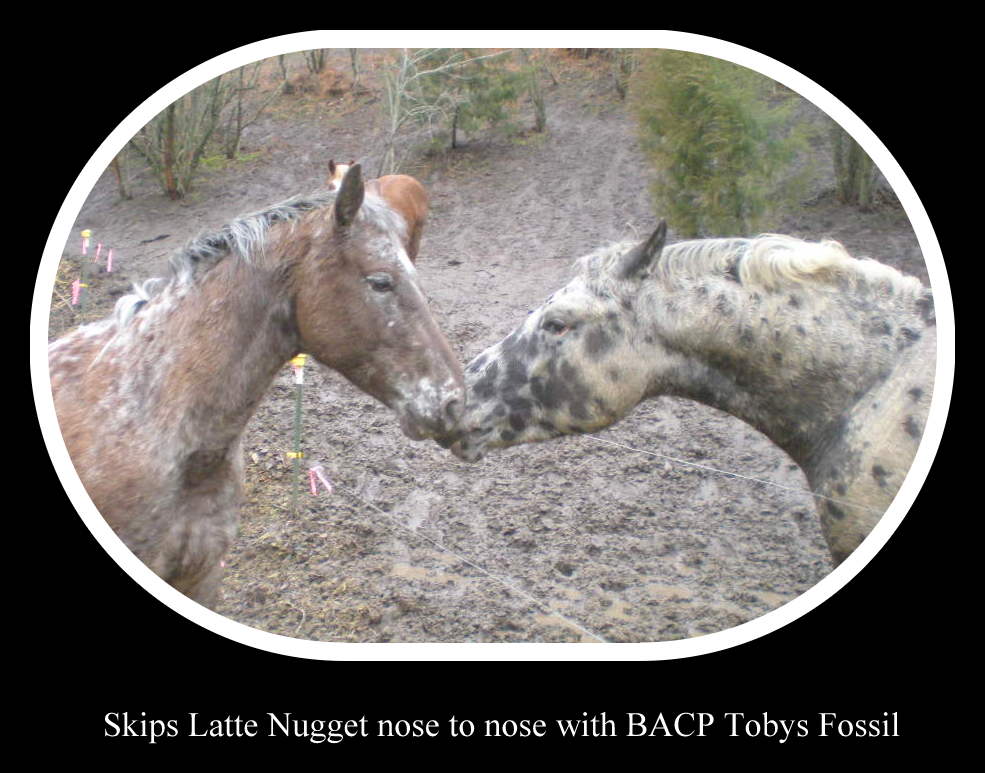 BCAP Tobys Fossil or "Fossil" for short, our reference stallion, is now standing at Desert Spirit Appaloosas in Powell Butte, Oregon. Get in touch with DSA for some outstanding stud service. DSA's website is in our links section. Fossil was Sundance International's Foal of the Year in 2009!

A near leopard 100% FPD, Fossil is by Ulrichs Cheyenne 458276 out of War Starnight 611854. There are at least eighteen leopard horses on his sire's side alone, plus horses of the caliber of Leo, Joe Reed, Traveler, Red Eagle, Knobby, and the Painters. On his dam's side many more leopards and Money Creek's Rockledge, Chief Navajo, Siri Sheik, Sundance 500, and the Tobys I, II, and III!

All ten of Fossil's foals to date are healthy, strong, athletic, and obviously recognizable as colorful Appaloosas: three lepards, five black foals with white blankets and spots, and two snowcaps. They are what we strive for here at BCA: color, conformation, disposition.

Fossil has great legs and feet, is already 15.3 and has the sweet temperment associated with great Appaloosas. Fossil has been started under saddle and performs like a champion.